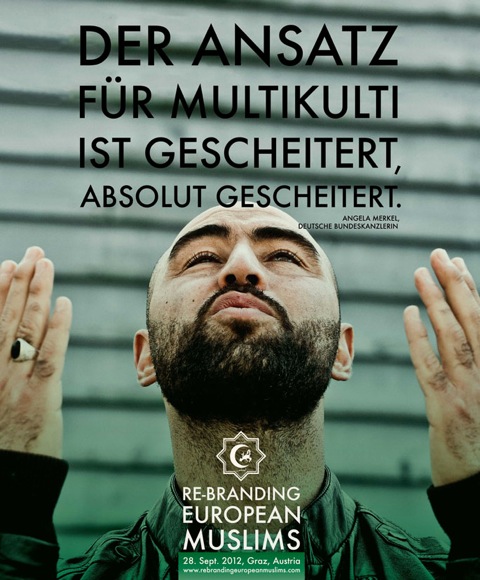 Public Movement | About Us

Public Movement is a performative research body that investigates and stages political actions in public spaces. The movement explores the political and aesthetic possibilities residing in a group of people acting together. It studies and creates public choreographies, forms of social order, overt and covert rituals. Among Public Movement's actions in the past and in the future: manifestations of presence, fictional acts of hatred, new folk dances, synchronized procedures of movement, spectacles, marches, inventing and reenacting moments in the life of individuals, communities, social institutions, peoples, states, and of humanity. Public Movement was founded in November 2006 by Omer Krieger and Dana Yahalomi, who led it together until August 2011. The movement is currently led by Yahalomi. Public Movement has taken responsibility for the following actions: Accident (2006), Ceremony (2007), The Israel Museum (2007), Also Thus! (Acco, 2007), Rally (Rabin Square, 2007), Operation Free Holon, Change of Guard (With Dani Karavan, Tel-Aviv Museum of Art), Public Movement House (MoBY, Bat-Yam Museum of Art), The 86th Anniversary of the assassination of president Gabriel Narutowicz by the painter Eligiusz Niewiadomski (National Gallery of Art Zacheta, Warsaw), Spring in Warsaw (2009), Performing Politics for Germany (2010), University Exercise (Heidelberg, 2010), Exercise in Citizenship (Tel-Aviv University, 2010) and The Reenactment of the Mount Herzl Terrorist Attack (Upcoming). 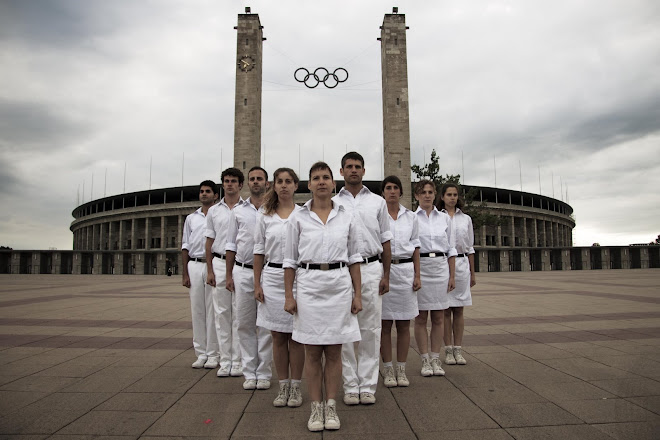 6.2.10 Public Movement inaugurates the Embassy of the NSK State in Israel and greets the members of the group IRWIN upon the opening of the exhibition 'The Eye of the State' at the Israeli Center for Digital Art in Holon. Curator: Avi Pitchon. 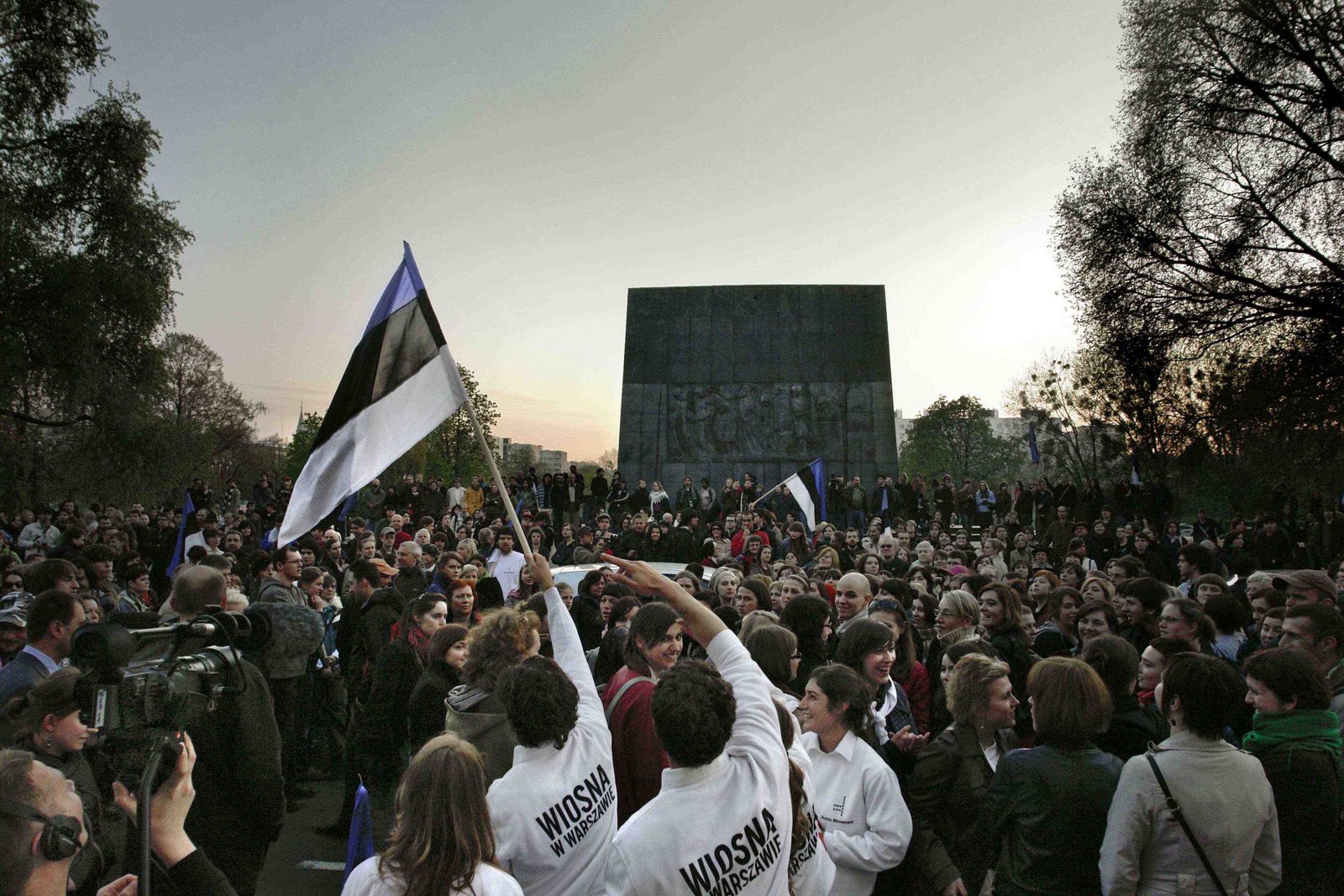 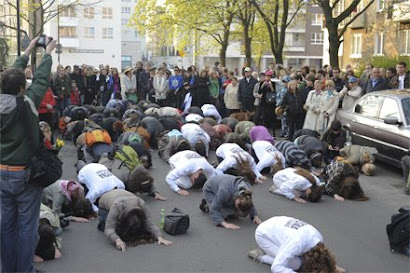 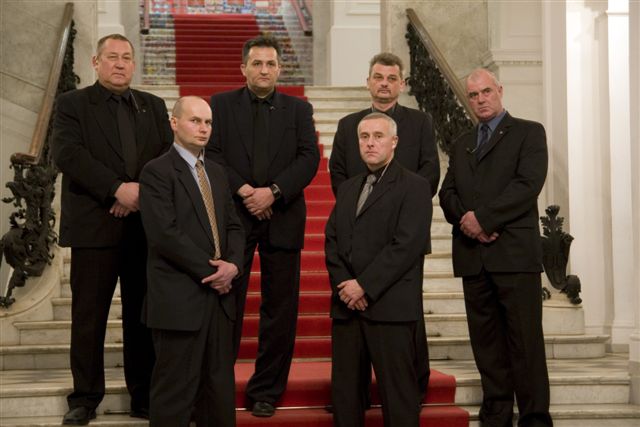 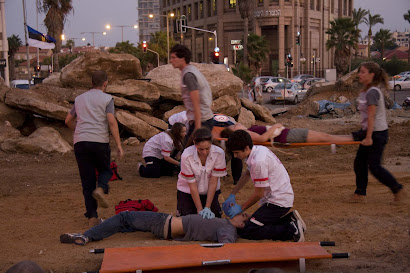 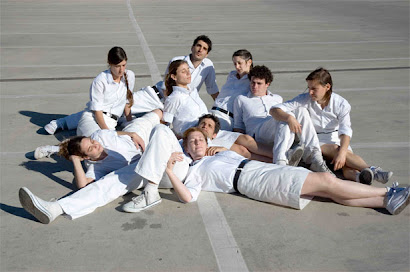 Reception of the German Kanzlerin at the Israeli Prime Minister's Office

Young Women in a Gaza Strip Synagogue, during the Israeli withdrawal 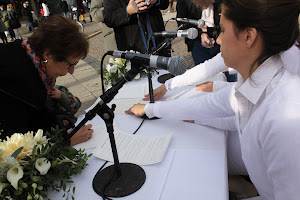 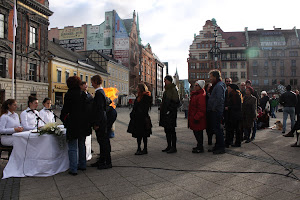 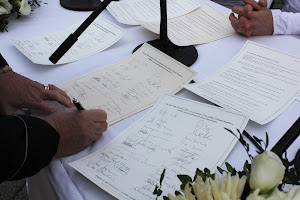 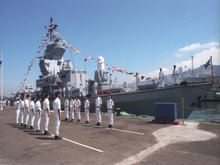 On November 8, Public Movement will hold Debriefing Session, a series of private, one-on-one sessions that reveal key conflicts from the mission, SALONS: Birthright Palestine?. This action was commissioned as part of the New Museum Triennial The Ungovernables. 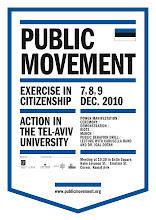 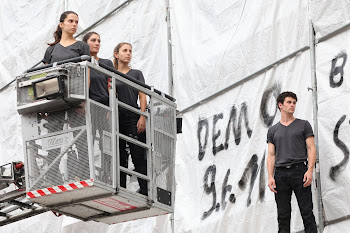 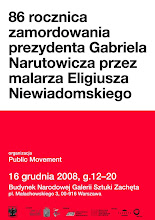 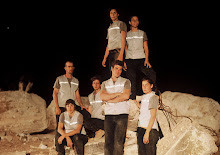 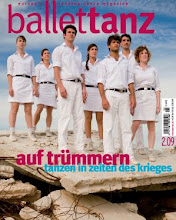 What kind of physical knowledge exists in our bodies as political beings? What is the dance of a citizen? How does the state perform? Which politics are possible through physical contact, what are the aesthetics and erotics of the Volk and of the state?

Beautiful actions in a public space are the centre of this workshop: What is the art of “pre-enacting” which introduces a political fact into the public realm? Events and actions, initiated by artists, whose works of art are discourse-specific, which can only happen at this place and at this point in time, which are governed by a specific constellation of social trauma and political ambition. Against the idea of a political commitment within the for / against paradigm, Public Movement proposes the role of a state artist. A state artist is responsible for broadening political imagination. A state artist works in society and within the political collective which is the state, and is not there to serve a rigid partisan ideology.

Life in the Kibbutz 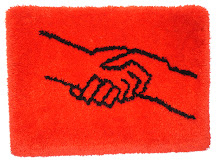 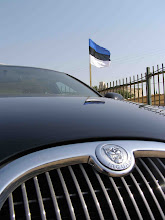